Hey there buddy.  We get it. Things have been a little rough lately with your old man.

Ever since you dropped out of dental school to become an underwater circus clown, your dad‘s been a little less than impressed with you.

But you know what champ? I’ve got a good feeling about this year. This is going to be YOUR year. 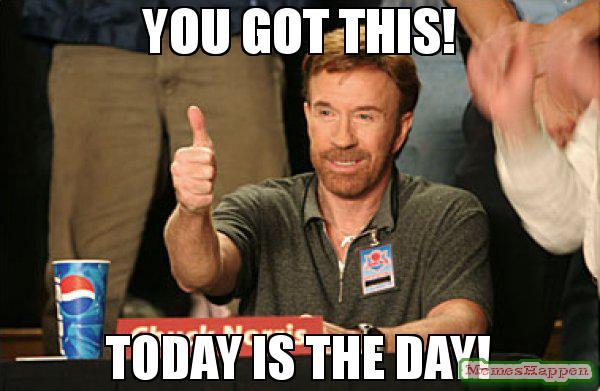 At Thanksgiving, you’re going to sit down at the table and let loose some jokes that are so corny, so dorky, that they will bring a tear to your father‘s eye, and he’ll finally refer to you by your FIRST NAME, instead of what he usually calls you, "Disappointment".

Heck, these jokes are so cheesy your Dad might even HUG you. I know. It’s shocking. But if there’s one thing that her Dad knows more than anything else, it’s how to throw a pun grenade into the middle of a party, and blow that popsicle stand sky high.

Once he sees your comedy chops on full display, he'll have no choice but to burst his buttons with pride.  After all, Game recognizes game.

Here at B92.1, we have your back. We are going to give you the jokes you need to change your life.

After all, that’s why the turkey crossed the road…to prove he wasn’t chicken.

30 Thanksgiving Jokes That Will Make Your Dad Respect You

Thanksgiving Jokes that will finally make your Dad proud of you. Good luck.

Get our free mobile app

13 Dad Jokes That Made Bonnie Die A Little Inside

Just because she's laughing on the outside, doesn't mean she's not crying on the inside.
Source: 30 Thanksgiving Jokes That’ll Make Your Dad Proud Of You
Filed Under: dad jokes
Categories: Colorado News
Comments
Leave A Comment
Couple Wins Contest, Prize? Getting Married On a Frontier Flight From Denver
Popular Colorado Holiday Light Event Opens This Week. Have You Been?
$10M ‘Post Malone House’ In St. George Utah Is Now For Sale
Do You Know Who Stole This From Colorado’s Mesa Verde?
You Can Visit a Colorado Attraction Dedicated Entirely to Bigfoot
12 Celebrities We Bet You Didn’t Know Were from Colorado
It Is Illegal To Throw These Things Away In Colorado
Grand Junction Shares Slang Terms Only a True Coloradan Will Know
Colorado is Home to a Fascinating Seven-Story Mausoleum